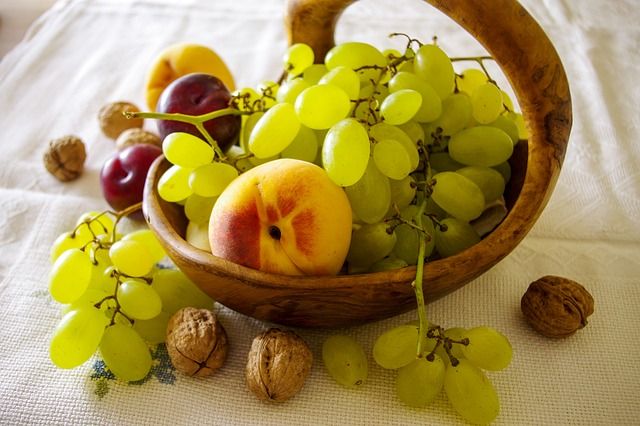 "Opening and improving agricultural market access is a priority for the Coalition Government, as exports underpin the profitability of our agriculture sector and support valuable farmgate returns," Minister Hartsuyker said.

"These agreements with China will support new and improved market access for a range of valuable and important Australian horticulture commodities and will complement the access already achieved for Australian nectarines.

"It means Australian peaches, plums and apricots will soon be joining Australian nectarines on the shelves of Chinese supermarkets and greengrocers, just in time for the upcoming export season, and as a result of tariff cuts under the China–Australia Free Trade Agreement—Australia's horticultural exports will be even more competitive."

Assistant Minister for Agriculture and Water Resources, Senator Anne Ruston, said China is one of Australia's most important trading partners and this is welcome news for our $9 billion horticulture industry as a whole.

"Exports of cherries, citrus and table grapes to China were worth over $230 million in 2016-17. The improvements in the protocols for these products will allow Australian producers and exporters to take advantage of the improved conditions to export more fruit to China in the upcoming season.

"This will not only benefit our farmers and economy, but will also ensure Chinese consumers continue to have access to the high-quality and safe produce that Australia is known for."

Cherry Growers Australia has projected exports to China could grow by as much as $50 million in future years and Summerfruit Australia expect similar growth. The Australian Table Grape Association projects exports to increase by up to $100 million.

The revised conditions for cherries, citrus and table grapes include recognition of Australia's fruit fly pest-free areas, as well as improved and more commercially-viable pre-export treatments.

The agreement supports long-held ambitions for Australian producers and will enable our horticulture commodities under the new and improved protocols to go from the paddock to Chinese markets in a faster and more cost-effective manner.

Australia's agricultural exports to China were worth over A$10 billion in 2016.
Australian horticulture exports to China were worth over $200 million in 2016.
In 2006, Australia and China agreed to consider each other's top four horticulture market access requests concurrently through a 'four and four' agreement.
China market access for Australian table grapes was gained in 2011, cherries in 2013, nectarines in 2016 and access for other summerfruits—peaches, plums and apricots—was agreed today.
Australia and China are now transitioning to a new 'two and two' agreement that includes Australian mainland apples and blueberries as future market access priorities.
The implementation of the China–Australia Free Trade Agreement (ChAFTA) means that from 1 January 2018, most Australian summerfruit will face a tariff of only 2 per cent in China, down from 10 per cent prior to entry into force of ChAFTA.
The tariff on all horticulture (except citrus) exports to China will be eliminated by 1 January 2019 and the tariff on citrus exports to China will be eliminated by 1 January 2023.​